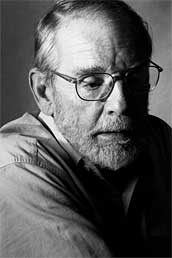 John McPhee is one of the world’s most revered essayists. The author of over eighty essays for the The New Yorker, he began his career as a journalist for Time magazine before developing a writing style that would come to form the foundation for contemporary narrative nonfiction in America. His books include the seminal works A Sense of Where You Are, Oranges, Encounters with the Archdruid, Pieces of the Frame, Coming into the Country, The Control of Nature, Looking for a Ship, The Curve of Binding Energy, and the Pulitzer Prize-winning collection Annals of the Former World, which was called by Stephen Jay Gould “an absolute triumph of succinct prose.” In more than thirty books, McPhee has established himself a pioneer of the modern essay, a distinction that was recognized by the American Academy of Arts and Letters with its prestigious Academy Award. McPhee lives in New Jersey, where he teaches at Princeton University as the Ferris Professor of Journalism.