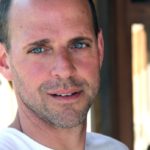 Michael Paterniti is the author of the New York Times bestselling books, The Telling Room: A Tale of Love, Betrayal, Revenge, and the World’s Greatest Cheese and Driving Mr. Albert: A Trip Across America with Einstein’s Brain, which has been published in 20 countries. His writing has appeared in varied publications including The New York Times Magazine, National Geographic, Harper’s, The Guardian, Rolling Stone, Esquire, and GQ, where he is a correspondent. In addition, he’s been a frequent contributor to the radio show This American Life, and his work has been heard on NPR, the BBC, and CBC. He’s the winner of an NEA grant and National Magazine Award.