Made up of what Kunin calls “founded” texts, “Secret Architecture” combines entries from three separate notebooks that were kept during 2001. Kunin arranged the work with an editing technique that only employed deletion, thereby creating a text that emphasizes its own incompleteness–the space between its entries, its obsessive repetitions, and the evocative suggestion that we could understand Kunin’s hidden meanings if only we could read his handwriting. The long extended essay that “Secret Arcitecture” comprises is a testament to trial and error in art, modulating anxiously between blueprint and ruin as it pursues its own creation. As has been written about Kunin’s work,

Aaron Kunin’s writing belongs to the great tradition of the tragicomic. Jack Spicer once wrote that “really great literature has an infinitely small vocabulary,” and here Aaron Kunin has outrageously written an entire book using no more than a few hundred words. In other words, he has created a drama for those few hundred players, a world teetering brilliantly between containment and chaos. Anything can happen here–and does.

The effect is as much disorienting as it is invigorating because what Kunin’s essay suggests is that the space of revision is the instance of consciousness itself. It reminds us as readers of the most fundamental activity in any kind of essaying: to test, to try, to experiment. As another critic has recently written about Kunin’s work, “the security zone of the book is breached without shame in his work . . . so that to live becomes reason once again.” “Secret Architecture” was published in 2006 as a chapbook by Braincase Press, a small independent publisher in Denver, Colorado. In 2012, an expanded version of Kunin’s essay will be published under the title Grace Period in a joint collaboration between Fence Books and Letter Machine Press. Read The Essay 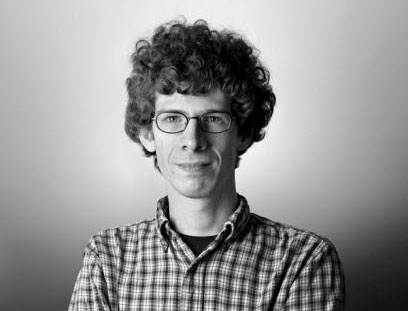 Aaron Kunin is an Assistant Professor of English at Pomona College in Claremont, California. A graduate of Brown, he received an MFA in poetry from Johns Hopkins University and a PhD in English from Duke. He is a regular contributor to the journals Fence, The Boston Review, and No: A Journal of the Arts, as well as the author of a collection of poetry, Folding Ruler Star, and a novel, The Mandarin. Read an interview with Aaron
Close Menu