“I have now become a whole body seer,” says the late religious scholar John Hull in Notes on Blindness, the documentary film that brings to life Hull’s painstaking study of his own blindness. Both the film and an accompanying virtual reality experience by filmmakers James Spinney and Peter Middleton are the winners of the 2017 Essay Prize.

Before becoming completely blind in 1983, Hull had experienced decades of steadily deteriorating vision. To help him make sense of this upheaval in his life, Hull began documenting his experiences on audio cassette every day, eventually transcribing the tapes in a memoir entitled Touching the Rock: An Experience of Blindness, which former Essay Prize winner Oliver Sacks once described as “the most minute, fascinating, and frightening account of how not only the outer eye, but the ‘inner eye’, gradually vanishes with blindness.”

It was the power of Hull’s audio cassettes, diaries, and memoir that inspired filmmakers Spinney and Middleton to try to bring Hull’s experience to the screen. “Hull’s diaries describe a sense of hunger,” James Spinney has explained. “It is an absolute longing for optic stimulation, like lungs panting for air. He felt starved. What he describes through his diaries is essentially a neurological re-wiring. A reforging of his very identity.”

Indeed, the most heartbreaking moments in Hull’s tapes describe not only his fading vision, but in some cases his visual memory, too. At his lowest point, Hull says he was overwhelmed by a profound loneliness and isolation, a sense of being forever cut off and trapped in darkness.

“It was only after he was able to find a new state of consciousness,” adds Peter Middleton, “that Hull could live in blindness. After that he described himself as a ‘whole-body seer’.”

Notes on Blindness tries to replicate that experience through a calmly eloquent and intensely perceptive navigation of the world of blindness—a world in which stairs are safe and snow is frightening, where food and sex lose much of their allure, and where playing with one’s child can be agonizingly difficult.

While intended for a sighted audience, Notes on Blindness was created in cooperation with the Royal National Institute of the Blind as well as researchers at the University of Roehampton who helped the filmmakers produce an audio enhanced version of their film for visually impaired audiences.

The result is a subtle evocation of sightlessness in which glowing humanoid shapes occasionally drift across one’s field of vision and invisible dogs bark in the darkness until they eerily appear as vague spots of luminance.

Ultimately, the film’s use of these silhouettes, shadowy palettes, and even completely blank screens come a tiny bit closer to capturing a condition that Hull once described as “Not a gift that I want, but a gift nonetheless.” 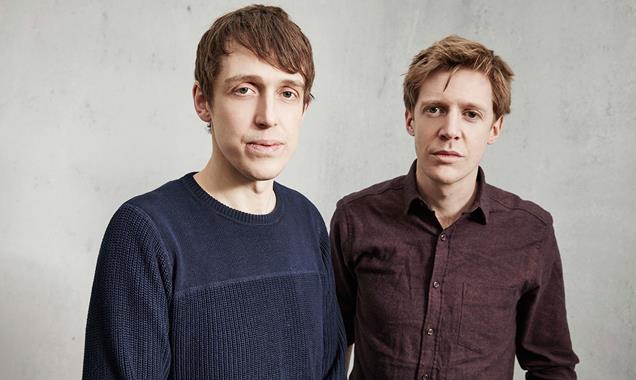 About Peter Middleton and James Spinney

Peter Middleton and James Spinney both graduated with dual degrees in filmmaking and English literature, and have since collaborated on a variety of projects, including fiction, short documentary films, and multimedia experiments. They have adapted John Hull’s diaries and audio recordings into a numbers of award winning short films, including “Rainfall,” which won the Best Short Documentary Award at Hot Docs in 2013. In 2014 they followed this by the Emmy Award-winning short film “Notes on Blindness,” which screened at Sundance Film Festival and won Best Documentary at Encounters Short Film and Animation Festival. Their feature-length version of “Notes on Blindness” has gone on to win the Special Jury Prize at the San Francisco Film Festival and the Welcome Trust Innovation and Storytelling Award at Sheffield Documentary Festival. It is their first major film.