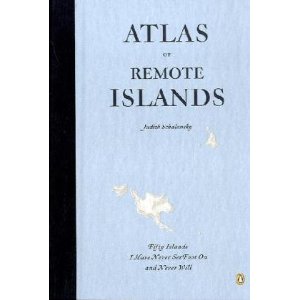 Called by The Guardiannewspaper “perhaps the world’s first atlas to be produced by sitting still,” Judith Schalansky’s infectiously imaginative Atlas of Remote Islands: Fifty Islands I Have Never Set Foot On and Never Will is a homemade cartographer’s dream, a collection of maps paired with essays that renders travel virtually unnecessary. Or rather, it renders travel by any means other than one’s own imagination virtually irrelevant. Judith Schalansky began her career as an award-winning typographer in Germany. Her first book, Fraktur Mon Amour, was in fact a booklength love letter to her favorite font. Now she has created a guidebook to what she calls “the loneliest places in the world,” fifty islands that are so remote that until recently more people had set foot on the moon than on one of Schalansky’s subjects, Peter I Island in the Antarctic Ocean. Growing up during the Cold War in East Berlin, Schalansky wasn’t allowed to travel extensively, so everything that she learned about the world came from her parents’ battered old atlas. She increasingly turned to maps in order to enter them with her mind, tracing a finger across the page and traveling imaginatively through terrain that, because it was unseen, possessed infinite potential. As one of this year’s judges for the Essay Prize has written, Schalansky learned early on “what those of us with more freedom of movement may ignore all our lives: that the world is populated not only by biological, political, and geographic features, but by imagination and speculation, and that it is impossible to know any place entirely, but that there are ways of approximating our knowledge of a place that moves beyond the facts of typography, longitude, latitude, or demographics.” 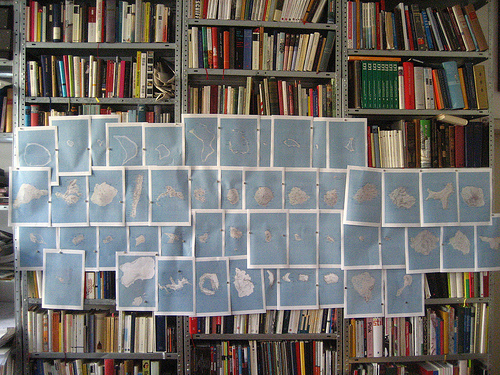 By venturing into story in order to create her maps, in fact, Schalansky has written a booklength essay that negotiates, as she puts it, “between impertinently simplifying abstraction and an aesthetic appropriation of the world.” Indeed, as Schalansky has asserted elsewhere, “What is unique about this kind of writing is that fact and fiction resist being separated: for in these texts fact is fiction, and fiction assumes the role of fact. That’s why the question whether these stories are ‘true’ is misleading. . . All of the text in the book is based on extensive research and every detail stems from factual sources. But I was the discoverer of those sources, so I have transformed the texts and appropriated them as sailors appropriate the lands they discover.” And then, as if to clarify, she tells us: “I have not invented anything.” Schalanky’s Atlas of Remote Islands is a beautiful defense of the power and the necessity of the imagination in the essay. Or, as one critic has put it, her atlas is proof that some of the most memorable journeys are those that we take from the comforts of our couches. “If ever there was proof of the way an atlas can inspire the kind of imaginative pleasure that’s at the heart of literature, this is it. For a child itching to see the world, for the child inside an aged and creaky vessel, for all of us who never stopped dreaming of faraway islands draped in amazing languages and wild stories and a wholly new angle of light, this is a perfect gift.”

READ SAMPLES FROM THE BOOK 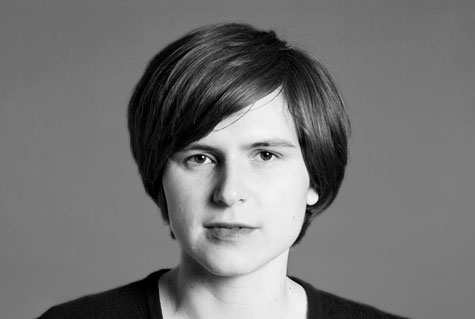 Judith Schalansky was born in 1980 in East Berlin and studied history and design at the Free University of Berlin. Her first book, Fraktur Mon Amour, is a meditation on the history and allure of a single font, fraktur, combining Schalansky’s love of design and history. Bound in fake black leather with hot pink type, the book is the size of a hymnal and looks like what Schalansky describes as “an S&M bible.” It won several prestigious design awards around the world, including the Type Directors Club of New York’s Award for Typographic Excellence in 2007. BesidesAtlas of Remote Islands, which was a bestseller in Germany and received that country’s “Best Designed Book of the Year” award, Schalansky is the author of a novel, The Giraffe’s Neck, which is about Western Pomerania, one of Germany’s least developed regions. Judith Schalanky currently lives in Berlin and teaches courses in the principles of typography at the Potsdam Technical Institute. Read an Interview with Schalansky
Close Menu