The University of Iowa’s Nonfiction Writing Program is pleased to announce that Barbara Ehrenreich has won the 2019 Krause Essay Prize for her book-length exploration of mortality, Natural Causes: An Epidemic of Wellness, the Certainty of Dying, and Killing Ourselves to Live Longer (Twelve Books).

Ehrenreich, author of numerous books including the New York Times bestseller Nickel and Dimed, will be honored at the Krause Essay Prize award ceremony on Wednesday, October 30 at 7:30 p.m. at the Old Capitol Senate Chamber, where she will read from her winning work. There she will receive the Prize’s $10,000 award and an inscribed walnut letterbox handcrafted by a local Iowa artisan.

“I’m not going to lie and say I’m ‘humbled’ to win the Krause, because I’m actually proud!” said Ehrenreich. “And I’m especially proud because I have longstanding family ties to Iowa. Thanks so much for this opportunity to impress my Iowa cousins!”

Made possible by the Kyle J. and Sharon Krause Family Foundation, and run by The Nonfiction Writing Program, the Krause Essay Prize is awarded annually to the work that best exemplifies the art of essaying, with emphasis on experimentation, exploration, and discovery over the dispensing of information.

Once nominated, the essays under consideration each year become texts in a graduate writing seminar offered by The Nonfiction Writing Program each spring, in which graduate students ultimately select the winning work.

What made Ehrenreich’s book stand out among the nominees? Jess Kibler, NWP ’21, one of this year’s judges, said, “The project of the book is inherently essayistic: it’s as deeply rooted in science and research as it is in her own very human and very personal skepticism about how so many matters of the body have been taken over by capitalism and by our own naivety about death. In our program we talk a lot about an essay as a journey . . .  and in discussing this book as an essay, we talked about how Ehrenreich’s unique style of argumentation and persuasion fits excitingly into that journey.”

Another judge, Cassandra Jensen, NWP ’20, echoed that: “I enjoyed Natural Causes not only because of its essayistic qualities—each chapter is self-contained and has a searching quality—but because its argument is so assertive. It led to a great conversation about whether ‘literary’ nonfiction should be more about asking a question or advancing an argument. And Natural Causes successfully does both.” 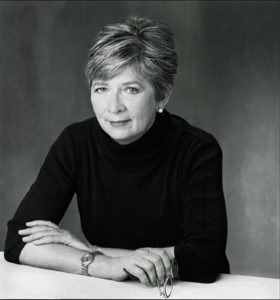 In addition to Natural Causes, Ehrenreich has written more than twelve books, including Living with a Wild God, This Land is Their Land, and Bright-Sided: How Positive Thinking is Undermining America. An essayist, journalist, and activist, Ehrenreich has received many grants and awards, including a Ford Foundation Award for Humanistic Perspectives on Contemporary Society, a Guggenheim Fellowship, and a grant for Research and Writing from the John D. and Catherine T. MacArthur Foundation. She has a PhD in cellular immunology from Rockefeller University and often writes about health care and medical science.