“I have been a sentient being, a thinking animal, on this beautiful planet, and that in itself has been an enormous privilege and adventure,” writes Oliver Sacks in Gratitude, a collection of four linked essays about his final few months of life after learning he has terminal cancer.

During those months, Sacks periodically reflected on his courageous dance with death in a series of lyrical essays that ponder illness and its consequences—specifically the metastatic cancer that spread from his eye to his liver, and in doing so foreclosed any possibility of treatment. Now, collected posthumously, they unite as a single sustained treatise on the solace of accepting death.

A trained scientist, Sacks turned the case study into a poetic form. He was a gifted envoy between scientists and lay readers. He published fourteen books and countless essays, was awarded the Lewis Thomas Prize, thirteen honorary doctorates, and the appointment of Commander of the British Empire for his services to medicine. In 2003, a minor planet was even named in his honor.

“One has had a long experience of life, not only one’s own life, but others’, too,” Sack writes in Gratitude. “One has seen triumphs and tragedies, booms and busts, revolutions and wars, great achievements and deep ambiguities. One has seen grand theories rise, only to be toppled by stubborn facts. One is more conscious of transience and, perhaps, of beauty. At 80, one can take a long view and have a vivid, lived sense of history not possible at an earlier age. I can imagine, feel in my bones, what a century is like, which I could not do when I was 40 or 60. I do not think of old age as an ever grimmer time that one must somehow endure and make the best of, but as a time of leisure and freedom, freed from the factitious urgencies of earlier days, free to explore whatever I wish, and to bind the thoughts and feelings of a lifetime together.”

True to the defining enchantment of all his books, throughout Gratitude Sacks turns his luminous prose inward, probing his own experience to unusual depths, before inevitably turning it outward in a gesture that is ultimately less about gratitude than generosity.

“My generation is on the way out,” he writes, “and each death I have felt as an abruption, a tearing away of part of myself. There will be no one like us when we are gone, but then there is no one like anyone else, ever. When people die, they leave holes that can not be filled, for it is the fate—the genetic and natural fate—of every human being to be a unique individual, to find his own path, to die his own death.”

Ultimately, however, Gratitude is refreshingly and beautifully a book of self-serving love. After learning his bleak prognosis, for instance, Sacks writes, “I feel a sudden clear focus and perspective. There is no time for anything inessential. I must focus on myself, my work, and my friends.” By the wayside go any time spent on news, politics and arguments about global warming. Such things, he writes, “are no longer my business; they belong to the future.” 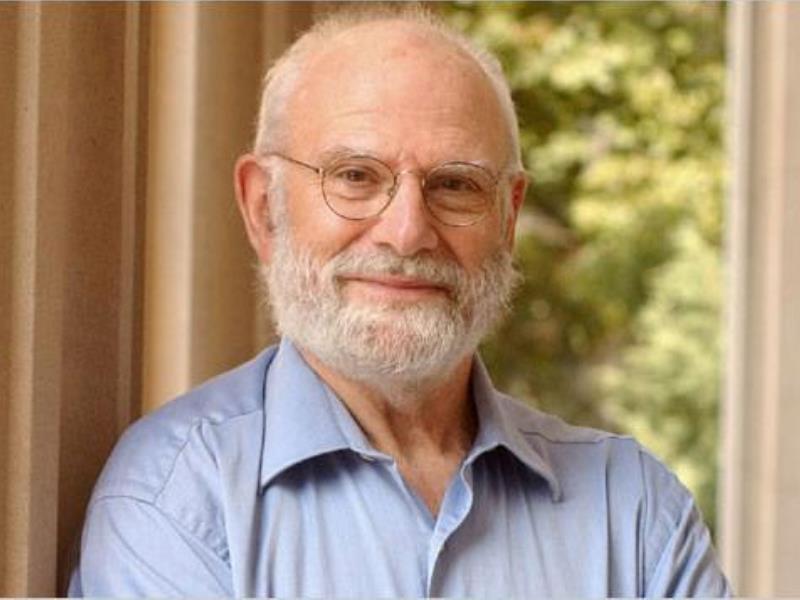 Oliver Sacks was a physician, best-selling essayist, and a professor of neurology at the NYU School of Medicine. Referred to by one critic as “the poet laureate of medicine,” Sacks was best known for his collections of essays on neurological case histories, including The Man who Mistook his Wife for a Hat, Musicophilia: Tales of Music and the Brain and An Anthropologist on Mars. Awakenings, his book about a group of patients who had survived the great encephalitis epidemic of the early twentieth century, inspired a feature film starring Robert De Niro and Robin Williams. Dr. Sacks was a frequent contributor to the New Yorker and the New York Review of Books. He died from cancer at the age of 82.